26th wedding anniversary traditions and gifts are not as big of a deal as the 25th or 30th year. However, there are some countries that honor this milestone in a very specific way.

We are going to explore whether some of the countries listed below celebrate the 26th year of marriage, and how they do so.

However, we think that any anniversary is a special one and that 26 years should also be celebrated. Whilst it has not been widely celebrated traditionally and does not have the same traditional associations as many other anniversaries, in more recent years it has begun to be associated with the giving of art and pictures.

As well as this, other countries around the world do have flower and gemstone associations for the year, and so these could also be given as gifts. The flower most associated with the 26th year of marriage is the rose, and the gemstone is jade.

Going by the theory of numerical symbolism, 26, is an amalgamation of the numbers 2 and 6 and is a special number. 2 represents duality and yin and yang.

It is the bringing together of two separate things, such as in a marriage. 6 is known as a ‘perfect’ number, and religiously, the 6th day was the day when God finished creating the world. The 26th anniversary, then, may indeed hold special significance for many people. 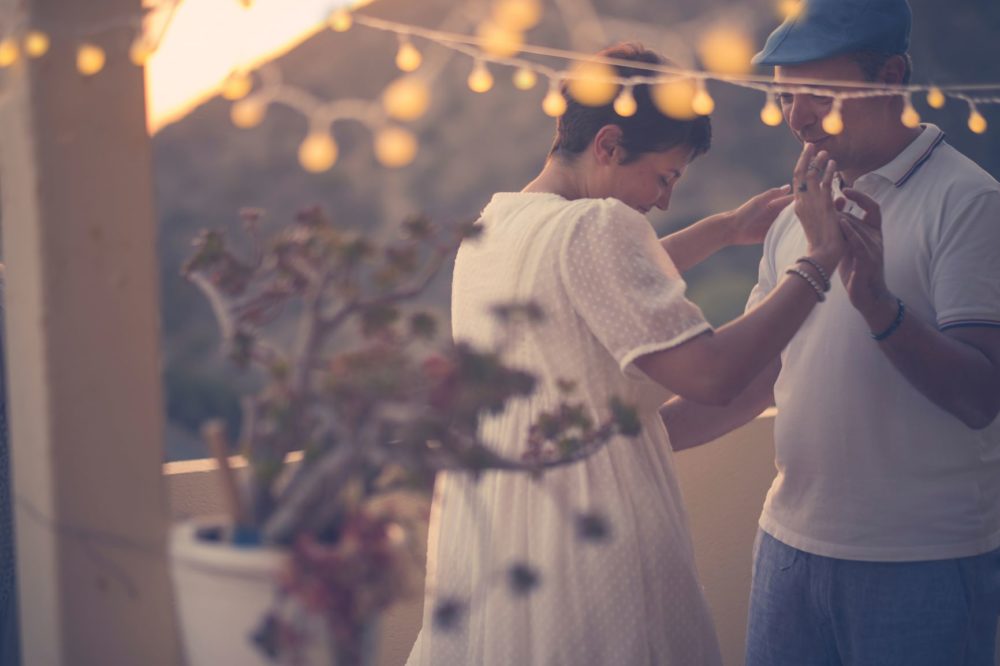 This gorgeous whiskey decanter set in the shape of a globe is the perfect gift for the husband that is a bit of a whiskey aficionado.

Share a glass with him, and you can impress him even further by also gifting him a bottle of whisky that was made 26 years ago! After all, the older the whisky the better.

Why shouldn’t men have wearable keepsakes too? Whilst he may not appreciate a jade ring or necklace, he is sure to love this elegant watch by Michael Kors.

You could even get it engraved when it arrives with your own personal message. He is sure to love this gift and will remember your 26th anniversary every time he checks the time!

Remind your husband just how awesome he is with this novelty shirt. We are sure you tell him daily anyway, but this shirt is bound to bring a smile to his face!

Lovers of the film Top Gun will appreciate this one, for sure, and it is always nice to be reminded of how awesome you are, even if it’s from a T-shirt.

This leather toiletry bag is the perfect gift for the avid traveler and jet-setter husband.

You could get this for him and then surprise him with a weekend away doing one of the unique activities we suggested above.

Engraved ‘To my Husband’ Pocket Watch

Even after all this time together, you still love him the same….Tell him this with this gorgeous engraved watch.

He can keep it as a keepsake or use it, but whatever he chooses to do with it we just know he is going to think of you each time he looks at it.

‘To My Wife' Compact Mirror

Remind her just how beautiful she really is with this gorgeous, engraved mirror. She will feel as beautiful as she did 26 years ago with this wonderful little reminder.

The rose gold design and gorgeous font for the engraving makes this mirror a really special gift that she will treasure forever and bring a smile whenever she looks in it.

In many countries, jade is the gemstone associated with 26 years of marriage. Honor this by gifting your wife this beautiful jade necklace.

Jade is the stone of good fortune, and how fortunate you are to have spent 26 loving years together!

Remind her of this when you present her this gift. She will appreciate the thought behind it and the gorgeous necklace that she will likely want to wear every day!

In many countries, the rose is the flower associated with 26 years of marriage, and what better way to show someone you care than a rose that lasts forever?

This gold dipped rose is the perfect gift for your wife, and the best bit is you don’t have to put it in a vase of water!

Immortalize the anthem of your first dance or any other special song that you both love with this unique piece of artwork.

This sculpture has the soundwaves of your chosen song solidified in a glass block. This is a thoughtful and unique present that your wife will adore.

This gift is perfect for the beauty and skincare lover! Your wife will appreciate this gorgeous jade roller and Gua Sha, both skincare essentials!

This gift is ideal for a pamper night together where you can massage each other’s faces and necks, using the roller and Gua Sha to help.

Make the gift even more amazing with a luxurious face oil to use with it, such as this one by Elemis.

You are never too old for a bucket list, even after 26 years of marriage!

Gift this to the special couple in your life and encourage them to create a list of all the amazing things they want to do together in the next 26 years.

After all, there is no need to stop being adventurous and spontaneous just because you’ve been married for so long!

This personalized star map can show the sky on the night the happy couple got married.

All you need is the date and location and you will get a personalized print sent out to you showing you what constellations were placed over the couples wedding venue on that date.

There is just something so romantic about stargazing. Perfect for a love that was written in the stars.

This gorgeous ornament is solid 24-karat gold and has beautiful crystals on it to represent the bond of a love that has been strong for 26 years.

The two hearts are put together as a representation of the two people. It is available with clear or red hearts, and we are certain that the special couple in your life will adore this gift.

The association of this anniversary with artwork and pictures means that this gift is ideal.

The couple can cast their hands together forever with this keepsake kit, and can even decorate it however they wish.

It creates a gorgeous, unique piece of artwork of their own hands that they can proudly display in their home.

There is no better way to celebrate the anniversary known as the ‘picture anniversary’ than giving that special couple in your life a gorgeous photo album full of photos of them and their loved ones for their 26th wedding anniversary.

This album is available in a variety of colors, meaning you can really personalize it to their preferences.

What we loved most about it is that it is embossed with roses, which is often given as the traditional gift of this anniversary in many countries.

Traditional Gifts Around the World