Celebrating your 14th year anniversary can be considered underwhelming, as you have one more year until the big 15. However, this doesn’t mean it is not a cause for celebration -  after all, you have overcome the 7 year itch twice!

We have explored various gifts for a 14th year anniversary, ranging from traditional gifts from different countries to the gemstone, flower, and modern gifts that typically are given at this anniversary.

We have also found the best anniversary gifts for him, her, and for the couple to commemorate the 14th year anniversary with the best celebratory gifts. Whether you are buying a gift for your partner or for your friend’s anniversary, we have the gifts for you.

The traditional material to commemorate this year is ivory, which is an expensive item given to honour a partner - as money and wealth is no comparison to love. However, due to the unethical nature of sourcing ivory, it is better to buy ivory-inspired gifts that mimic the same color, or even a gift relating to elephants.

Ivory represents dignity and patience in maintaining a stable marriage for 14 years. 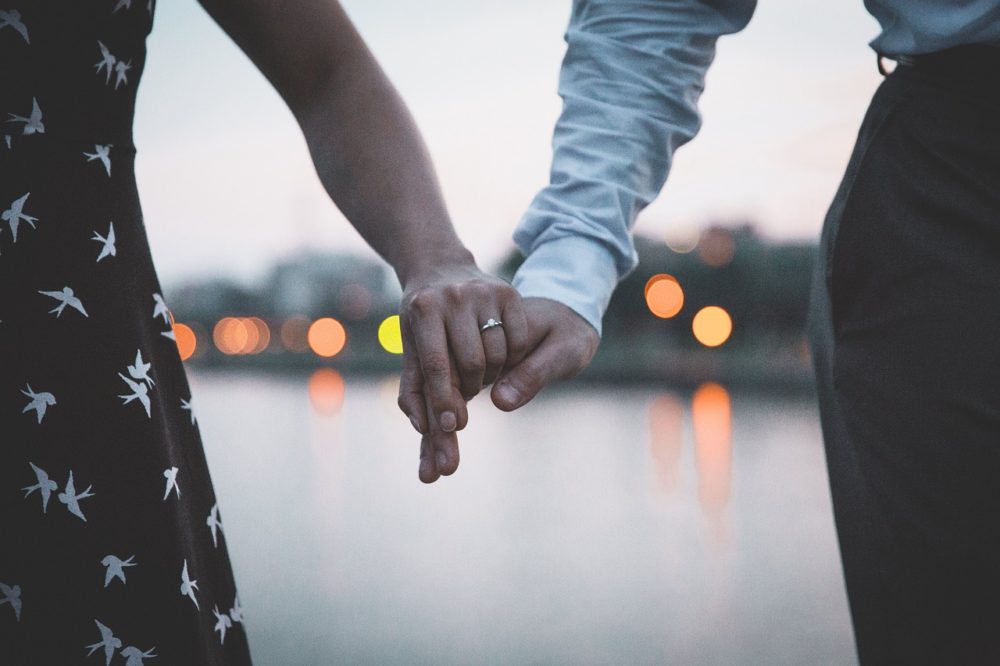 We all know that it is both unethical and illegal to buy actual ivory, so why not celebrate the ivory wedding anniversary with a themed party? Invite your close friends over, have a pianist in the background tickling the ivories, and have elephant shaped balloons and food!

It’s a great way of sticking to the tradition without contributing to the ivory trade. Who says anniversaries have to be about a quiet dinner, when you could have a fun party instead?

Anniversaries are all about commemorating the battles you have faced, revisiting the excitement of your wedding day, and celebrating the promise of love and commitment you made all those years ago.

What better way to celebrate than a trip away? It doesn’t have to be a full holiday, just a staycation at a weekend to devote all of your time to your S.O. You can take time off work, crack open a bottle of bubbly, and just relax with each other.

This one can be really creative. Go back to where it first began and replicate your first date, whether it was a picnic in the park or at a theme park.

This could be a tradition for every anniversary!

This is a really simple yet effective way to celebrate your anniversary.

Life can get busy and breakfast in bed is a very rare occasion, so why not surprise your partner with their favourite breakfast or brunch food in bed?

Surprise them with Something New

This is a great way of keeping the relationship fresh and exciting. Surprise your loved one with something they’ve never done before, or something you’ve always wanted to tick off the bucket list.

This could range from skydiving to wine tasting at a lovely vineyard. It’ll be an anniversary to remember!

To keep with the modern gift tradition of 14 years of marriage, gold jewelry such as cufflinks is an ideal present for your husband. These are stylish, classy, and can make any shirt look luxurious.

If your husband is in need of a new watch for special occasions, this is the perfect gift. This watch has the right amount of bling and classy elegance to make him feel and look luxurious and special.

This set is practical and keeps to the tradition of ivory with its ivory color theme! This grooming set is stylish and thoughtful, and you know your husband will definitely make use of it (or it will look fancy in the bathroom anyway).

Though this isn’t ivory, this gold hip flask technically maintains the modern tradition of giving gold jewelry on this anniversary. This hip flask is elegant and convenient for spirit drinkers!

Another piece of gold jewelry, this gold tie clip is an elegant and thoughtful gift that can be worn on special occasions. It also maintains the modern tradition!

This ticks off two traditional gifts: opal and gold jewelry. This necklace is incredibly thoughtful and beautiful, and definitely a worthy gift for your wife on this anniversary.

Like the previous necklace, earrings are a beautiful way to enhance any look by looking effortlessly classy. This also ticks off both opal and gold jewelry on the traditional gift list.

Watches are a universally thoughtful and effective gift for both men and women. This gold watch sticks to tradition, and it is a beautiful luxury gift. Michael Kors is also a very respectable brand.

This one is really special. This is a real rose that has been kept in gold, and the rose itself is an ivory color. It is a perfectly romantic and elegant table piece to surprise your wife with.

This opal crystal elephant ticks off both the ivory and opal traditions in one! Elephants are a symbol of luck and loyalty, and opals have the healing properties of love and faithfulness. A beautiful gift to symbolize and commemorate 14 years of marriage.

These beautiful champagne flutes are the perfect gift for a couple celebrating 14 years of marriage, with their gorgeous ceramic ivory handles. After all, what’s an anniversary without champagne?

Again, an anniversary isn’t an anniversary without a bottle of wine or bubbly. Why not kill two birds with one stone and get this practical bottle stopper, topped with an elephant to symbolize the traditional ivory?

It says a lot about adulthood that this is actually an exciting and thoughtful gift. A personalized cutting board is a great way to make a kitchen look classy, and also has its practical uses.

Coasters are an effortless way to make any table look classy, and can be used for special occasions. This coaster set is ceramic and marble colored, which is not far from ivory, and is a lovely gift for a couple celebrating their anniversary.

Anniversaries are all about commemorating a couple’s journey of marriage, so why not celebrate that with a photo album of their favourite memories? This photo album can be a creative and thoughtful gift, and is also ivory to keep in theme with tradition.

Celebrating 14 years of marriage across the globe ranges from variations of traditions to commemorate the anniversary.

We have found the most traditional gifts from different countries for this particular occasion.